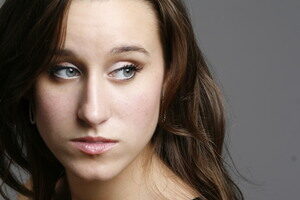 “Vocalist Extraordinaire- She sings like a bird, it’s the most beautiful sound I’ve ever heard. Effortless high notes -the highest I’ve ever heard! There is so much emotion in her voice. She is perfection.”

Lauren Jelencovich is a multi-talented singer who is equally at home singing everything from opera to Broadway, world music and pop. Lauren is currently on a World Tour with Yanni as his featured vocalist, and recently returned from Egypt, India, South America, China, Thailand, Russia and Dubai among other countries. She is featured on his album “Inspirato”; alongside artists such as Placido Domingo, Renee Fleming, Rolando Villazon and more.

Featured in People Magazine’s 50 Most Beautiful People and Teen Magazine, Ms. Jelencovich was a grand prize winner on Ed McMahon’s Star Search and the recipient of Andrea Bocelli’s National Italian American Foundation World Scholarship. Highlights of past seasons include her debut at Carnegie Hall singing Benjamin Britten’s Te Deum in C with the Oratorio Society of New York, and her debut at Opera Theatre of Saint Louis (OTSL) singing the role of Mrs. Nordstrom in A Little Night Music, directed by Isaac Mizrahi. She was also a part OTSL’s Gerdine Young Artist Program and covered the role of Violet Beauregard in the world premiere of the opera The Golden Ticket, based on Roald Dahl’s Charlie and the Chocolate Factory. She is a graduate of the Manhattan School of Music (MSM).