The Story of God

When First Presbyterian Church was organized on April 4, 1869, the state of Nebraska was two years old. The community of Lancaster boasted a population of thirty people and perhaps a half-dozen buildings when it became the state capital in 1867 at which time its name was changed to Lincoln. The landscape of the area included a handful of trees, the salt flats to the Northwest and deer, antelope, coyotes and buffalo roaming the area. With the development of the area and Lincoln becoming the state capital, a period of rapid growth began. In 1868 the population was 800 and only two years later it had risen to 2500 with nearly 350 buildings.

The first capital building was rushed to completion by the end of 1868. By the time the first session of the legislature had been completed in 1869 enormous changes had come to Lincoln. The University of Nebraska had been established and its first building constructed. Two other state institutions were built the same year – the state penitentiary and the state mental hospital.

Even though First Presbyterian began during the very early development of Lincoln, at least five churches were organized and were holding services before First Presbyterian was founded. In 1870 railroad and telegraph service came to Lincoln. That year two trains a day, each way, serviced Lincoln. First Church began with eight charter members and the first sermon was preached by the Rev. John C. Elliott of Nebraska City. The Rev. H. P. Peck was the first pastor, serving 4½ years. Services were held in Cody Hall, a second floor room of a hardware store. Within that first year, plans were made to build a church building located at 11th and J Streets. The minister’s salary was $400.00 per year. The Church grew in membership but was plagued with financial problems until the end of 1883 when the church was debt free for the first time.

In April 1884 ground was broken for a second church building at 13th and M Streets, the congregation having outgrown its first home. The Ladies Aid Society, the Ladies Missionary Society and the Young Peoples Society of Christian Endeavor were serving the needs of the people beyond the local church. By 1915 the church was responsible for at least a part of the salaries of both a foreign and home missionary plus contributing to their programs. By 1893 several Church schools were established under the sponsorship of First Presbyterian which also was instrumental in establishing Second Presbyterian, Third Presbyterian and Knox Chapel. In 1905 Westminster Presbyterian was organized. An important aspect of the church’s program began in 1909 when Dr. Dean R. Leland became the University Pastor of First Presbyterian. He was the first University pastor to undertake work on the campus, serving in that position for twenty-five years.

Because of the increased membership and activity of the church, a new building was needed. In 1925 the lot at 17th and F, former home of Lincoln mayor A. J. Sawyer, was acquired. First Church joined many other churches throughout the country in building new and larger sanctuaries following World War I. The service of Ralph Adams Cram, one of the preeminent and highly regarded architectural designers of Gothic structures of his day was engaged to design the building. The new building was dedicated in March 1928.

The ten-year economic boom that followed World War I gave way to a decade of economic depression. Church staffs were cut, debts on new buildings were unmanageable, and mission budgets were cut to the bone. While these problems were serious, it seemed to be a period of spiritual growth. World War II was a period of increased growth, both in membership and financial giving. In addition to increased budgets the church gave liberally to various war relief funds sponsored by the national church. Locally, ways of ministering to our members in the armed services and their families were developed. In 1944 the house and lot north of the church was purchased in order to build the education building. The final lot needed was purchased in 1956. During the last years of World War II and for a decade later, there was a renewed interest and increased membership in churches throughout the country. In 1945 membership in First Presbyterian was 1,601. Much of the outreach giving continued to be special funds for those affected by the war. The largest project undertaken in First Church during the post World War II period was the building of the Education Building. The church school space was unbelievably crowded even though two complete sessions were held each Sunday. For the first time, a professional fund-raising company was used to raise the needed funds. The new building was dedicated on Children’s Day, June 14, 1953.

The decade of the fifties was the time of greatest expansion and growth in the history of First Church. The new building was over-crowded as soon as it was occupied. Several new staff members were added. Long range plans were made for the music department and the church library was begun. The establishment of the First Presbyterian Church Foundation brought about a new and important aspect to the financial program of the church. Membership increased to 3,025 in 1961, and at that time there seemed to be no reason to believe that this trend would not continue. In 1958 the Social Education and Action Committee addressed many problems and challenges, local and worldwide, that needed the concern and action of the church. Refugee relocation was of interest to First Church and resulted in bringing a family from Indonesia to Lincoln. In 1981 a second family from Poland, was sponsored. During the 1960s the position of Business Administrator was established and the Director of Music and Organist became a full time position.

In 1930 the General Assembly opened the office of Elder to women. Thirty-six years later, First Church elected its first woman elder. Within four years, three women served as ruling elders. In 1969 the 100th Anniversary of the church was celebrated. Among the numerous special events was the dedication of the new Centennial Organ. Additional property to the east of the church was obtained, leading to the addition of the east entrance and the east parking lot. In 1976 the reredos, a unique and beautiful sculpture, was installed at the back of the chancel. It was made possible by a memorial gift and was created by the noted architect and artist, Arcangelo Cascieri.

The Korean Presbyterian church had its beginnings meeting in our church in the 80s. For many years the young people have participated in Mission Trips both in this country and abroad. More recently, adult members have had the opportunity to be involved in these trips. In 1994 the church celebrated its 125th anniversary with a year-long calendar of special events, including an anniversary dinner, special music commissioned for the event, completion of the church history as well as many other congregational and group events. First Church joined other Presbyterian Churches in Lincoln to build a Habitat for Humanity home in 1996. From 1997 until 2002 Cedars Home and first Church cooperated in establishing a Day Care Center for children of working mothers, housed in our building. In 2002 the church cooperated with the public schools by providing space for Head Start classes. A major construction program was undertaken beginning in 1998 when the slate roof of the church was replaced. Also the rebuilding of the chancel and the refurbishing of the organ by the Reuter Organ Company. The chancel and organ were dedicated in 2002. Early in 2002 the Stephen Ministry program was begun. Stephen Ministers, specially trained congregation members, provide one-to-one Christian care to people who are experiencing a life challenge or crisis.

2002 was the beginning of our relationship with Sudanese refugees, many of whom were members of the Presbyterian Church in the Sudan. Our members have helped with teaching English, providing activities for children, providing transportation, teaching sewing classes, giving financial assistance and welcoming into the fellowship of First Church.

Most recently, the church has been a major participant in the Lincoln Food Bank’s Backpack Program which provides weekend food to some 150 children through four of the city’s schools. This may be the only food available to these children over the weekends. We move forward today with a smaller congregation, but with the firm resolve to serve God by serving each other and our community both local and world wide.

FPC in the 21st Century

We’ll write this some day – right now we’re too busy living out our calling to be the Body of Christ and the Light of Christ in the world!

Discover more about our denomination (PCUSA) by clicking on the graphic. 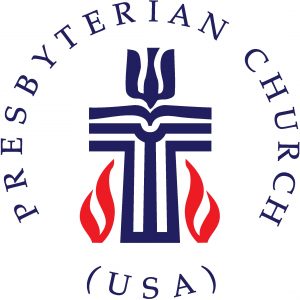